You are here: Home / Featured / The Cross – the most Hated and the Most Loved Symbol in History 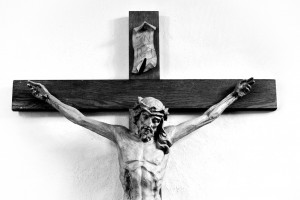 Today Christians around the world take pride in wearing a cross or using clothing or accessories with cross on them. But at the same time there is another segment who hate the cross and are ready to do anything to eliminate it. The Cross is the most hated and the most loved symbol in history.

The cross divides time, it parts two ages into AD and BC, the crucifixion of Jesus Christ was the biggest event in the history of the world, after creation of the world itself.  It is so deeply rooted in time that no power can remove it.

The son of the living God came to this world in the form of a human being, the man Jesus Christ, born to a virgin. He lived a very normal life as son of a carpenter not very honorable profession nor having much worth.

Let’s give a thought about the Power of the Cross.

Jesus lived a life like anyone else till he was about 30 years of age. Then he began his divine assignment caring for others, healing them and teaching them to live a life of freedom. A life where they could be free from the bondages of traditions and the Law. He did many miracles which wowed thousands and fed thousands. He raised their dead, healed their sick and cried with them in times of sorrow and laughed with them in times of happiness.

From Kings to the pheasants and rich to poor came to him for advice and counselling. Many loved him dearly and were ready to give their life for him, many hated him and wanted to take his life. In a short time of around three years he had challenged the powerful traditions of the Jews and the Roman rulers saw him as a challenge to their reign.

The Jews suddenly recognized him to be their King from being a Rabbi or a teacher, he was elevated and they welcomed him to Jerusalem riding on a donkey on Palm Sunday. They spread palm leaves along the way, and spread their robes on the road singing Hosanna, Hosanna. They believed he would establish the Jewish kingdom and deliver them from Roman rule.

The events took a sudden turn and the same Jesus they revered as a King and experienced the benefits of his miracles turn around and call out “crucify him…crucify him”.

Jesus who did not do any sin is crucified amidst two other prisoners.

Jesus endured the pain of the cross which was considered the worst punishment for a criminal although he did not know any crime. This he endured so that the divine mission may be accomplished, the very reason why he can to the world – to save all humanity from their eternal damnation.

2 Corinthians 5:21 says …God made him who had no sin to be sin for us, so that in him we might become the righteousness of God.

It is through the cross that humanity gained freedom from sin and sickness. The Word says…

“It is for freedom that Christ has set us free. Stand firm, then, and do not let yourselves be burdened again by a yoke of slavery”

Let’s thank God for what he has done for us, he gave his life for us. And if you do not know Jesus, take this time to receive him as your Lord and Savior. He bore the pains on the cross for your sins too. And he rose up on the third day- Jesus Loves You and He Lives Today – He Cares for you!

Today Christians around the world take pride in wearing a cross or using clothing or accessories with cross on them. But at the same time there is another segment who hate the cross and are ready to do anything to eliminate it. The Cross is the most … END_OF_DOCUMENT_TOKEN_TO_BE_REPLACED