You are here: Home / Faith / Christian Theology / The Angel of Light 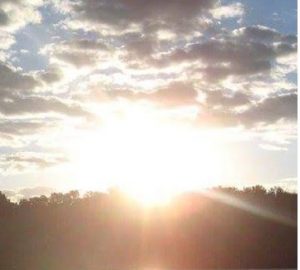 How many times have we seen the devil depicted as this hideous red horned creature with a pitchfork? Let me ask you this: How many times have we seen Satan depicted as a beautiful “angel of light?” When in fact, the enemy masquerades as a divine, bright and powerful light. Everyone knows that light is good, right? Oh, but wait there is a warning in the Bible that gives us clarification:

For such men are counterfeit apostles, deceitful workers, masquerading as apostles of Christ. And no wonder, since Satan himself masquerades as an angel of light. So it is no great surprise if his servants also masquerade as servants of righteousness, but their end will correspond with their deeds. (2 Corinthians 11:13)

To masquerade is to keep your true identity concealed. You may want to appear to be someone you are not or pretend that you are someone else. If you go to a masquerade party, people will have masks designed to disguise who they really are. So we can conclude that it is possible for Satan to appear as this wonderful, bright being cloaked in light, but underneath this light is the hideous face of the one who comes to steal, kill and destroy. (John 10:10) He uses the mask of light to deceive unsuspecting people. It’s a bait and switch technique. The enemy presents himself as good, and peaceful, promising healing and divine enlightenment; only to find out later that it is all a lie, a masquerade hiding his true identity.

The Origins of Lucifer

In Ezekiel 28:12 we are given a description of who Lucifer was while he was still in Paradise. He is described as a beautiful created being covered or embedded with precious stones and gems of every kind. He was indeed an angel of light set upon the holy mountain of God. He is described as a sparkling creature with captivating stones and even gold within his very sockets. Wow! This sounds incredible right? But then the mystery of iniquity happened. A perfect created angel turned against His Maker.

You had the full measure of perfection and the finishing touch [of completeness], Full of wisdom and perfect in beauty. “You were in Eden, the garden of God; Every precious stone was your covering: The ruby, the topaz, and the diamond; The beryl, the onyx, and the jasper; The lapis lazuli, the turquoise, and the emerald; And the gold, the workmanship of your settings and your sockets, Was in you. They were prepared on the day that you were created. “You were the anointed cherub who covers and protects, And I placed you there. You were on the holy mountain of God; You walked in the midst of the stones of fire [sparkling jewels]. “You were blameless in your ways from the day you were created until unrighteousness and evil were found in you. (Ezekiel 28:12-15 AMP)

What an image the Scripture paints of this spectacular glowing creature anointed and appointed to cover and protect on the holy mountain of God. I envision this huge, picturesque being sauntering about and becoming more and more enamored with his own splendor until he finally decides to rebel against God. He declared that he would ascend up to the heavens with his throne above the stars of God. (Isaiah 14:13) This was his attempt to become like God. Not only did he aspire to become like God, he wanted to steal God’s position and power.

For his pride and arrogance, Lucifer was cast down to the earth and he took one third of the angels with him. (Isaiah 14:12) How brilliant was this creature who was able to turn otherwise perfect beings against their Maker. I ask you this, do you think Satan is capable of also coming today as an angel of light and crafty enough to keep fooling many people who are genuinely searching for spirituality? The answer is most certainly yes and he is doing it in unprecedented numbers.

Have you ever wondered what all the excitement was with the various stones and crystals used in the New Age Movement? Well, I have and until someone pointed out to me the description of Lucifer in Ezekiel 28, I had not connected the two. This once beautiful angel of light was made of stones and this appears to be an extraordinary characteristic of his personality. Today New Age believers use these same types of stones and crystals to practice “divine healing”. The idea is that these gems have some sort of healing power in and of themselves.

The philosophy of the New Age is that a human being is actually his or her own divinity. In other words, that a person can become a god or goddess. Well, this is the original pride that caused the angel of light (Lucifer) to be cast out of heaven. Believers in the New Age see no need for salvation because they have become their own saviors. Instead of accepting a free gift from the true Savior Jesus Christ they would rather save themselves. After all they are on the same level as God. So what better way to perpetuate the enemy’s lie and convince others (angels and humans) that they too can be their own god. Hell is not a reality to the New Age believer.

The enemy is a master of smoke and mirrors: the obscuring or embellishing of the truth of a situation with misleading or irrelevant information. (Oxford Dictionaries/ Online) By convincing mankind that there is no hell, Satan may lure unsuspecting people into eternal darkness. Remember he is only masquerading as an angel of light, he has no real light in him. He is only filled with darkness.

You belong to your father, the devil, and you want to carry out your father’s desires. He was a murderer from the beginning, not holding to the truth, for there is no truth in him. When he lies, he speaks his native language, for he is a liar and the father of lies. (John 8:44)

The truth is there is only one gospel. The Bible gives us plenty of insight into the various ways the enemy tries to trick even Christians. There have also been many, many cults that have evolved out of the experience of one person getting some sort of new revelation or new way to reach enlightenment. Just because there appears to be light, healing, and a sense of well-being doesn’t mean that it is good. Even if an angel from heaven appears.

I marvel that you are turning away so soon from Him who called you in the grace of Christ, to a different gospel,  which is not another; but there are some who trouble you and want to pervert the gospel of Christ.  But even if we, or an angel from heaven, preach any other gospel to you than what we have preached to you, let him be accursed. (Galatians 1:8)

The genuine gospel is rooted and grounded in the belief in Jesus Christ. He is the way the truth and the life. No one comes to the Father except through him.(John 14:6) There is authentic power and healing in the person of the Holy Spirit. God is present to us in the divine trinity. The Father, Son, and the Holy Spirit are the ultimate and final authority on light.  The shekinah glory is what manifests when Jesus is present. Most importantly, all the divinity is in Christ and Christ is in us because we confess Him with our mouth, and believe it in our heart.

We see our need for a Savior and realize that we cannot save ourselves. We as Christians, recognize that heaven is real and hell is also real. True believers of Christ follow Him by studying the Word to show ourselves approved rightly able to divide the Word of God. I believe the Lord is reaching out to everyone right now reading this newsletter. Let us pray:

Prayer: Dear Lord, reveal to us the truth of your light. Expose the false light for what really hides behind it. Remove the scales from my eyes and unveil the light and truth of the gospel. Deliver me from all deception and spiritual manipulation either through witchcraft or divination. Help me to walk in the truth that is you my Lord Jesus Christ. Amen.

The main purpose of this newsletter was to reveal truth and expose deception. The “angel of light” is another name for Lucifer or Satan. The Bible also refers to him as “the morning star, or son of the dawn.” (Isaiah 14:12) We don’t need to be obsessed with darkness, but we do need to have discernment on false light and understand what the Bible says about the subject. Although many think that there are many roads to heaven and many paths to God, they are sadly mistaken. If I am wrong on this, I have absolutely nothing to lose. If I am right on this, those who believe the lie that they are their own savior will be surprised and horrified when the “angel of light” removes his mask and reveals that hell is indeed real and they were deceived by the master of all lies.

Today Christians around the world take pride in wearing a cross or using clothing or accessories with cross on them. But at the same time there is another segment who hate the cross and are ready to do anything to eliminate it. The Cross is the most … END_OF_DOCUMENT_TOKEN_TO_BE_REPLACED