You are here: Home / Archives for potters house 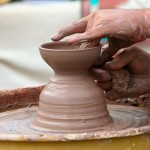 The clay is an amazing thing that has transformed the human society in so many ways, although in the modern society we may not see much of it. It is one of those things that revolutionized the early society as early humans discovered its ability to be formed into different shapes and its characteristics to gain the strength once it is heated in an oven. Whether it be for making … END_OF_DOCUMENT_TOKEN_TO_BE_REPLACED 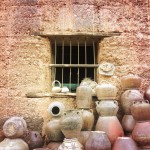 Joseph in the hands of God In the old testament we read about Joseph, the son of Isaac  about how God arranged for young Joseph to go to Egypt. He was transformed through a series of events spanning many years to become 2nd to Pharaoh, who was one of the most powerful people in those times. God had foreseen the famine that was to hit the land, and he wanted to place Joseph in … END_OF_DOCUMENT_TOKEN_TO_BE_REPLACED

Today Christians around the world take pride in wearing a cross or using clothing or accessories with cross on them. But at the same time there is another segment who hate the cross and are ready to do anything to eliminate it. The Cross is the most … END_OF_DOCUMENT_TOKEN_TO_BE_REPLACED