You are here: Home / Church / Evangelism / Claiming Your Canaan 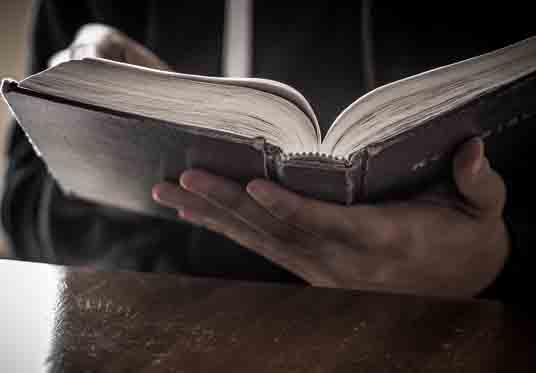 Joshua is one of those characters in the Bible who inspires me every time I read about him. He is an example of courage and boldness resulting in strong leadership that purely relies on the promises of God and His divine power.

In the book bearing his name, we read about the passion of Joshua, who had the tough task of leading the people of Israel after the death of Moses. Though inheriting a tremendous challenge, God also insured that Joshua would inherit the same promises He made to Moses. God said to him: “I will give you every place where you set your foot, as I promised Moses…Be strong and courageous. Do not be afraid; do not be discouraged, for the LORD your God will be with you wherever you go.” But with this promise God also had a condition that Joshua needed to fulfill: “Keep this Book of the Law always on your lips; meditate on it day and night, so that you may be careful to do everything written in it. Then you will be prosperous and successful.”

Moses had left behind the unfinished mission of taking over the promised land that Yahweh had promised his forefather, Abraham. God was now chartering Joshua to take Israel to the finish line.

10 So Joshua ordered the officers of the people: 11 “Go through the camp and tell the people, ‘Get your provisions ready. Three days from now you will cross the Jordan here to go in and take possession of the land the LORD your God is giving you for your own.’” (Joshua 1:10, 11)

The Call of Joshua has four elements:

In issuing the call, Joshua gives the Israelites time to prepare to take up the challenge and claim the victory that has evaded them for long.

Joshua makes a call to the people of Israel to “claim the land of Canaan” which God had already given to them through his promise, but they had to just “claim it.”

It is also a call to take some “bold steps,” so that they could finally achieve their goal in entering Canaan and claim the promised land.

But the call needed a “Joshua” to take the lead and enlist others for the common cause to take them to victory, and it required the rest of the people to take heed and stand behind Joshua.

Joshua’s call was reinforcing God’s promises, his power and faithfulness.

Each of you qualifies to be that Joshua to make a call to claim the promises God has made for those who love Him and have been called according to His purpose. His promise is there with us to trust in Him with all our hearts and not to lean on our own understanding, to come into a complete submission unto Him, and He will make our paths straight.

What did Joshua have to do to make these things happen? Just one thing: Trust God!

Romans 8:37 says “…No, in all these things we are more than conquerors through him who loved us.”

Many times we may experience defeat and fail to achieve the greater purpose just because we refuse to claim the victory, which God has already given us. It is time we stood up and made our stand and claim his promises in this year of multiplication.

God conveyed to Joshua that he needed to be bold in order for him to transition into his destiny and to take others to their destiny. Three times God said, ‘Be strong and of a good courage.’

It meant ‘Be bold, be strong.’ God revealed to Joshua that it would take boldness to enter the Promised Land. The reason why so many have not entered their Promised Land is because they lack this key ingredient. Boldness is the secret to enter and maximize destiny. Boldness is required to leave the wilderness and is a prerequisite to enter into God’s promises. It takes boldness, tenacity and courage to act upon the Word.

During this season, let’s pray for God’s guidance and step forth in boldness believing that God will make his promises come true and take us into a season of multiplication.

Today Christians around the world take pride in wearing a cross or using clothing or accessories with cross on them. But at the same time there is another segment who hate the cross and are ready to do anything to eliminate it. The Cross is the most … END_OF_DOCUMENT_TOKEN_TO_BE_REPLACED